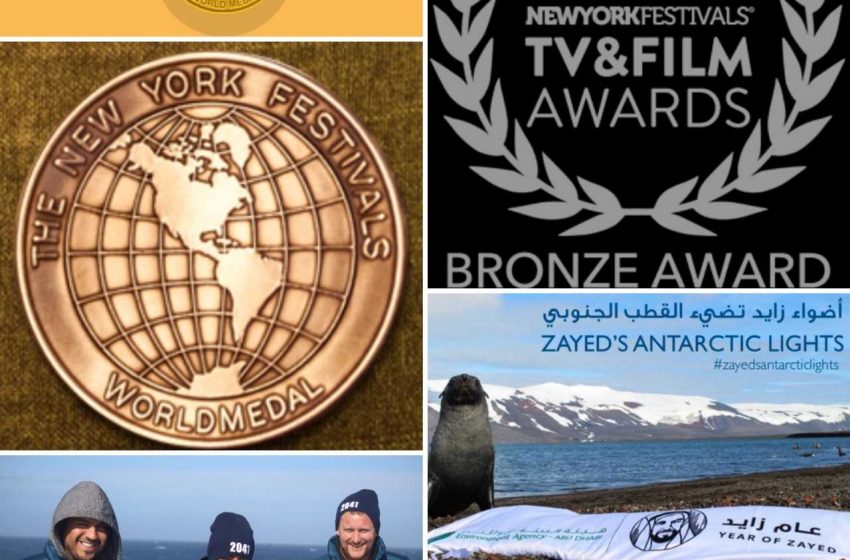 Passengers onboard Emirates flights will arrive at their destination inspired by environmental causes as part of a collaboration with Environment Agency – Abu Dhabi, EAD.

Two EAD documentaries – Back to the Wild and Zayed’s Antarctic Lights – have been included in the inflight entertainment package on Emirates flights since October. The documentaries cover such topics as a reintroduction programme for an endangered species of the Oryx, Antarctica’s incredible biodiversity, and issues around climate change and single-use plastics.

With an international audience flying Emirates ever year, the partnership fulfils the EAD’s objective of raising awareness of key regional environmental issues and initiatives among as wide an audience as possible.

Ahmed Alhashmi, Acting Executive Director of the Terrestrial and Marine Biodiversity Sector at EAD said, “We strive to spread dynamic content and relevant information about the environment in the most appealing manner possible. Back to the Wild and Zayed’s Antarctic Lights will allow viewers onboard with Emirates to learn about the environment through two remarkable productions. We are extremely grateful to Emirates for their commitment to the environment and recognising the work we do at EAD.”

The ground-breaking documentary Back to the Wild highlights the Abu Dhabi-led reintroduction programme of the Scimitar-horned Oryx in the African country of Chad.

Inspired by the late Sheikh Zayed’s legacy of protecting endangered species and sustaining them in their natural habitat, the 30-minute film narrates the story of Nya, a scimitar-horned oryx, and her herd as they adapt to their new home in central Chad. Each oryx is fitted with a GPS collar that allows scientists to track their journeys across the 78,000 square-kilometre Ouadi Rimé-Ouadi Achim Game Reserve.

Considered to be the world’s most ambitious large mammal reintroduction programme, the initiative has been a success with Chad now boasting about 320 Scimitar-horned oryx in the wild. The programme was developed on behalf of the UAE government in close partnership with the Government of Chad and the Sahara Conservation Fund, SCF.

From the Sahara to cooler conditions, Zayed’s Antarctic Lights follows the UAE Year of Zayed adventure of three EAD Ambassadors to Antarctica – also known as Team Zayed – to learn about Antarctica’s biodiversity, the global challenge of climate change and the issue of single-use plastics. Team Zayed were accompanied by the prominent explorer Sir Robert Swan, who was the first person to walk to both the North and South Poles.

The feature documentary won a Bronze World Medal at the prestigious New York Festivals TV & Film Awards. One of its most famous scenes shows members of Team Zayed using solar lights to form a message calling for action on important climate issues.

Both documentaries are currently being aired on Etihad Airways. The partnership with Emirates will help spread the EAD message to a wider target audience