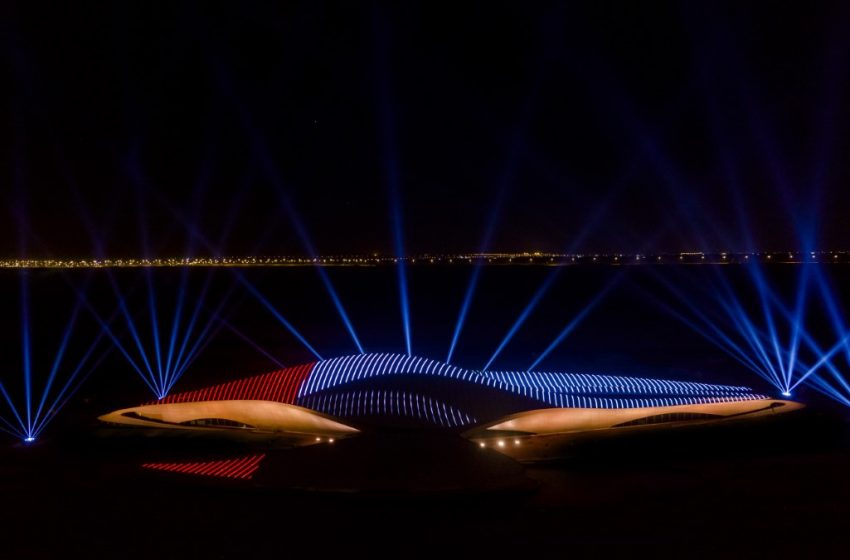 Bee’ah, the Middle East’s award-winning sustainability pioneer, celebrated the UAE’s 49th National Day and paid tribute to the seven emirates of the country with a stunning solar-powered light show, a first for the region, at its new headquarters.

Bee’ah’s Headquarters, set to launch in 2021 as one of the world’s greenest and smartest AI-integrated office of the future, hosted a UAE National Day light show featuring patriotic images of the UAE’s leadership and the UAE flag. The light show was powered by renewable energy, generated by Bee’ah Headquarters’ on-site solar park, which is stored in Tesla’s sophisticated Powerpacks, a fully integrated AC-connected energy storage system.

Wishing the people of the country a joyous national day, Salim bin Mohammed Al Owais, Chairman of Bee’ah, said: “On this momentous occasion, Bee’ah sends greetings and well wishes to our country’s visionary leaders, and our Emirati brothers and sisters. Our nation has experienced tremendous growth over the years, and it has been our privilege and honour to contribute to its ambitions. This sustainably powered light show, which honours our country, is fittingly held at the site of our new headquarters, which will set the global benchmark for smart and sustainable buildings of the future.”