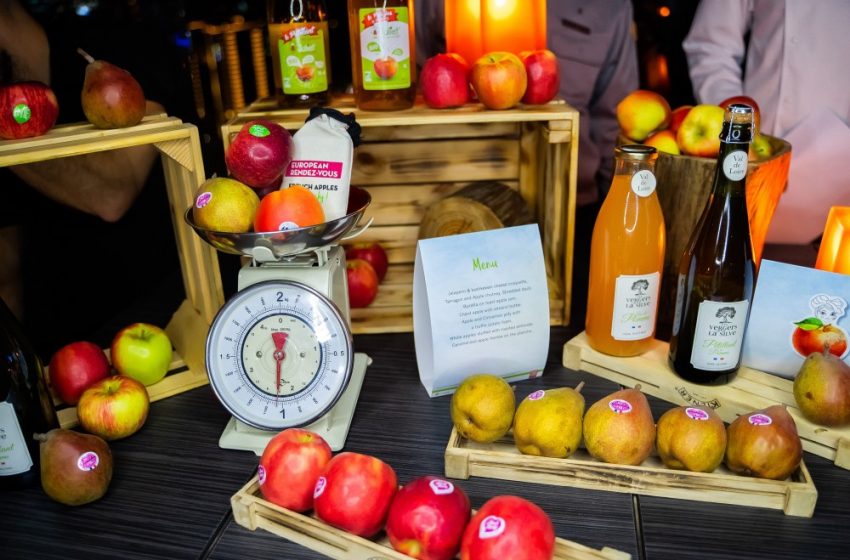 : Interfel, the French fresh fruit and vegetable interprofessional organisation responsible for promoting the consumption of apples in the Middle East and the European Commission, is participating at Gulfood where they are showcasing a range fruit and vegetables.

As part of their participation, the company has revealed its most recent trade figures which show an increase in apple exports to the MENA region. According to the data, apple exports have increased by 16.43% between August 2019 and July 2020, (compared with 2018-2019), representing approximately 11% of total French apple exports.

In total, 46,386 tonnes of French apples were exported to MENA, up from 39,839 tonnes the previous year, the top three markets being Saudi Arabia (12,975 tonnes), UAE (12,920 tonnes) and Egypt (6,210 tonnes), which together import over 66% of French apple exports to the region. Other major markets include Israel, Qatar, Kuwait and Oman.

“This underscores the large variety of apples, which are very healthy and flavourful due to the exceptional richness of the soil and the climate. Also, 65% of French apples (over 1,300 growers) are produced in eco-friendly orchards, which has also contributed considerably towards the popularity of French apples,” said Daniel Soares, Marketing Export Manager, Interfel.

“The taste of our produce resonates well with Middle East consumers. As such, we will be highlighting the different flavours and the multiple ways in which they can be used in everyday cuisine,” added Soares.

The National Association of Apples and Pears (ANPP) divides French apples into five different categories, gourmet, fragrant, balanced, rustic and tonic. The most popular type of apple grown in France is Golden, which benefits from official marks of quality and origin. Due to their tolerance to drought and hardy adaptation to all types of rootstock, Golden are renowned for their easy cultivation and represent 35% of all apples grown in France

today. In the Middle East, the Gala apple’s sweetness makes it the most popular in the region.

“All global markets are highly competitive, but France consistently produces apples that are crisp and full of rustic taste, having been grown in a temperate climate, with abundant sunlight and respect for the local environment. This gives them a distinct competitive edge,” concluded Soares.

Interfel is exhibiting at Gulfood, which takes place from 21 – 25 February. The company highlights a wide range of high quality, healthy and safe varieties of fruit and vegetables. On the stand, apple producers include Apple Bird, Harmonie, Cardell Export, and Pominter.

French chef, Charles Soussin is also on hand to showcase the apples’ superior taste through a range of recipes for visitors to the stand to enjoy.

Interfel can be found at Stand S1-L3, Sheikh Saeed Hall 1.

Created in 1976, Interfel brings together all the professions of the fresh fruit and vegetable industry. All roles are represented: production; cooperation; shipping; import; export; wholesale; distribution (supermarkets, specialist shops, and mass catering). As an organization of private law and initiative, Interfel has been recognized as a National Inter-Professional Agricultural Association under French Rural Law, as well as by the European Union since November 21, 1996 within the framework of the Single CMO (Common Market Organization).