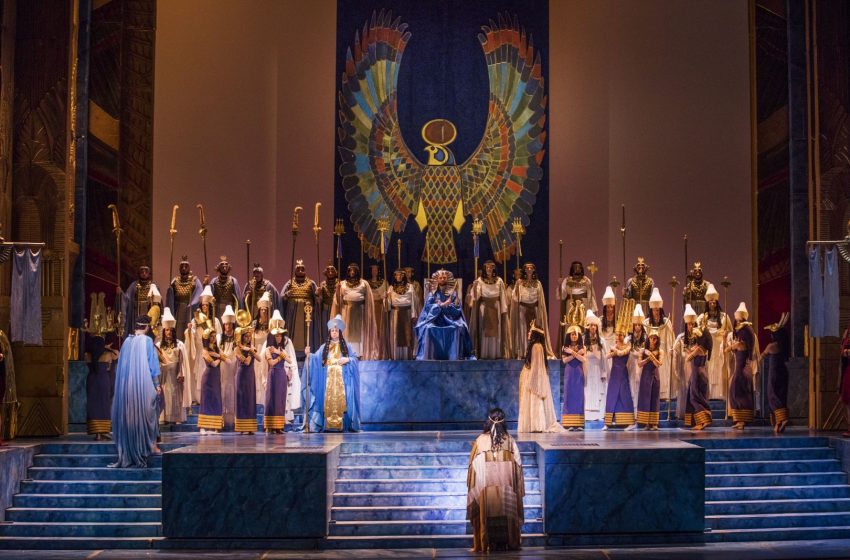 Dubai Opera, the definitive destination for performing arts in Dubai, bringing arts and music to life like never before, will celebrate its sixth anniversary on 31st August 2022.

Designed to resemble a dhow, a traditional sailing vessel, Dubai Opera has so far welcomed one million visitors since it was opened on 31st August 2016, who enjoyed 1200 concerts and theatrical shows like Marry Poppins, Les Misérables Phantom of The Opera and Mamma Mia and watched the world’s most famous opera singers including Placido Domingo, Andrea Bocelli and Anna Netrebko, who rocked the Dubai Opera stage in live concerts.

Located at Downtown Dubai, Dubai Opera passionately embraces its role as the creative heart of the city, producing and hosting the most beautiful, most authentic, and engaging performing arts experiences from Dubai and the world.

The 2,000-seat, multi-format, performing arts centre was developed by Emaar Properties to host a variety of performances and events including theatre, opera, ballet, concerts, conferences and exhibitions. It opened on 31st August 2016 with a performance by Plácido Domingo. The first season featured Bizet’s The Pearl Fishers opera and also the legendary tenor José Carreras.

The first Emirati singer to appear at Dubai Opera was Hussain Al Jassmi on 10th October 2016. Shortly after that, the award-winning hit musical Les Misérables graced the stage for a three-week run.

Dubai Opera’s longest running show was the Phantom of the Opera in late 2019.

The Dubai Opera has the ability to transform its proscenium arch theatre into a unique banquet configuration flat floor space when the space is repurposed as an event hire proposition, it becomes a 1800 sq.m. flat floor space which can hold up to 1000 people for weddings, gala dinners, fashion shows, product launches, exhibitions and more.

The Dhow shape building houses the Auditorium, a multi-form theatre that can transform into three modes; from a theatre into concert hall into a banquet hall for very selective and exclusive events; The Studio on the Grand Circle overlooking the Plaza, a state-of-the-art functional space ideal for intimate events, be it a product launch or a corporate dinner. Intended for dance practice and rehearsals, the acoustically soundproof design and the finest quality finish provide you with the best venue for your next Dubai opera event; The Promenade, an outdoor semi private venue of 2,760 square meter located in front of the Dhow shape building of Dubai Opera and has full view of the iconic building Burj Khalifa. A great location for outdoor concerts, Gala dinners and celebrations which can be transformed to private venue for exclusive events; The Garden, an outdoor venue with breathtaking view that can host different events from cocktail receptions to Gala dinners, weddings and private events and outdoor concerts in a space up to 700 guests standing and The Grand Circle Foyer, an indoor foyer and lounge offer a spectacular view of The Dubai Fountain with the background of the famous chandelier Symphony lit by 3000 LED sources and sparkles with thousands of hand-blown crystal components, the perfect venue for private events.

Upcoming shows and events in September feature a ballet of Romeo & Juliet, an opera of La Traviata and a pop concert for Ghostly Kisses.