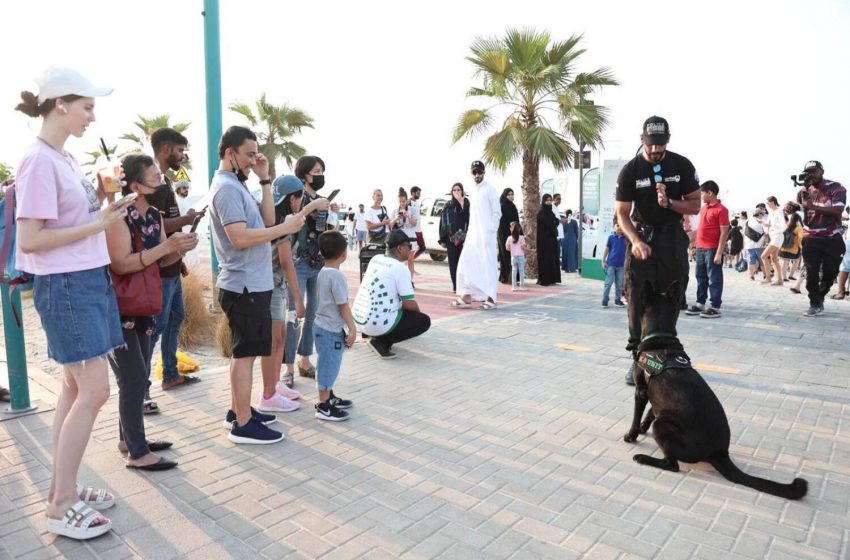 The event, which saw a massive turnout of tourists and residents, was organised by the Department in cooperation with Dubai Police strategic partners and the participation of the Sports Affairs Department and the force’s community-based initiative “Positive Spirit”.

The event featured various activities and shows performed by the Dubai Police Musical Band, the K9 team, Dubai Police Bike Patrols, and the distribution of gifts and prizes. Dubai Police luxury police patrols also participated in the event and became the centre of attention as public members gathered to take commemorative photos with the supercars.

Brigadier Khalfan Obaid Al Jallaf, Director of Dubai Tourist Police, stressed that security is one of the most important pillars of stability and prosperity in any community. “The Department, under the directives of Major General Jamal Salem Al Jallaf, Director of the General Department of Criminal Investigation (CID), is always keen to serve Dubai visitors and tourists and ensure their happiness and satisfaction,” he added.

“The Department, in cooperation with the strategic partners, is always keen on improving the quality of life of community members and establishing active communication channels with them in different languages,” Al Jallaf concluded.

The official World Tourism Day celebration will be held in Bali, Indonesia, on 27th September, 2022, highlighting the shift towards tourism being recognised as a crucial pillar of development.